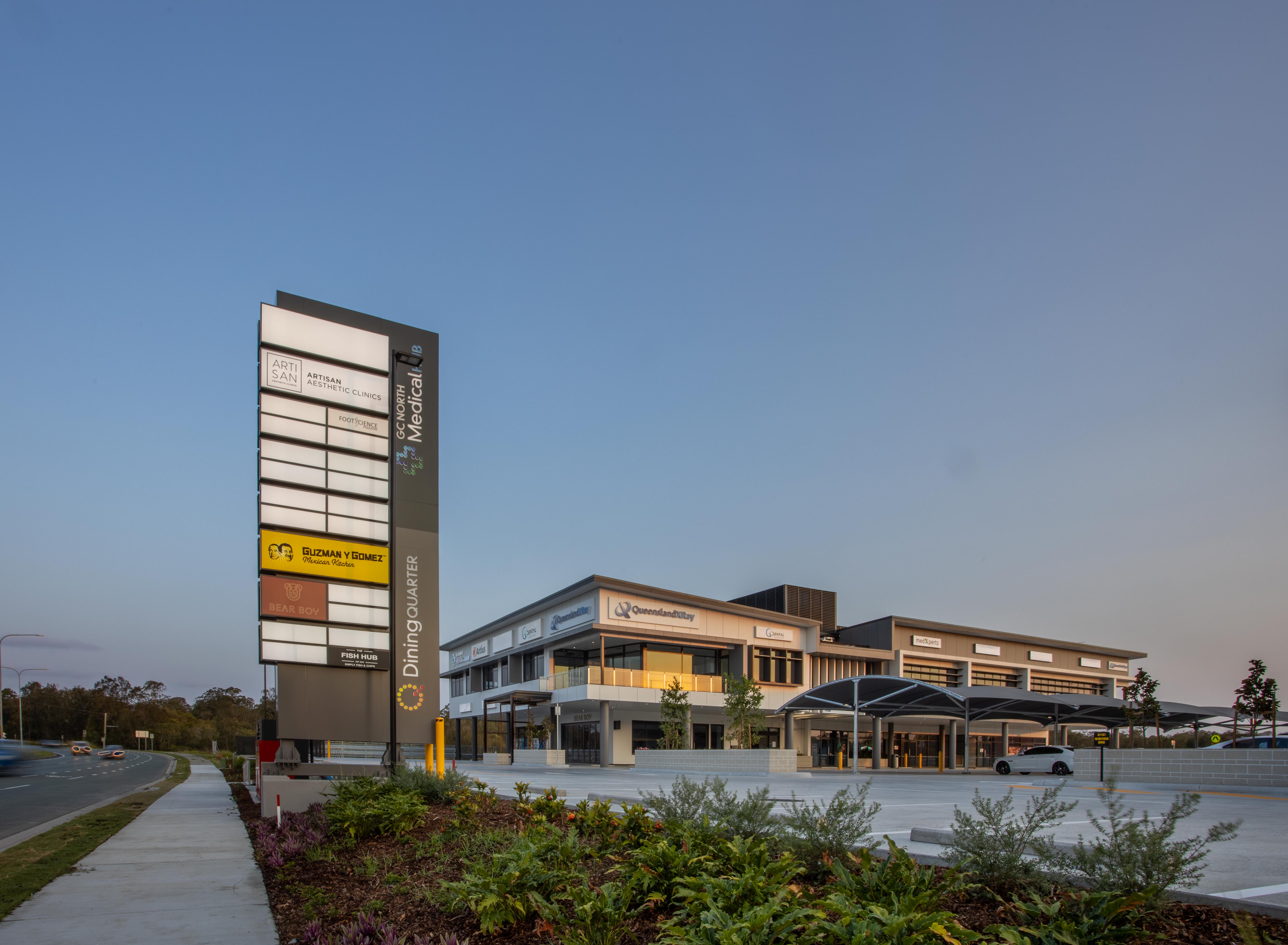 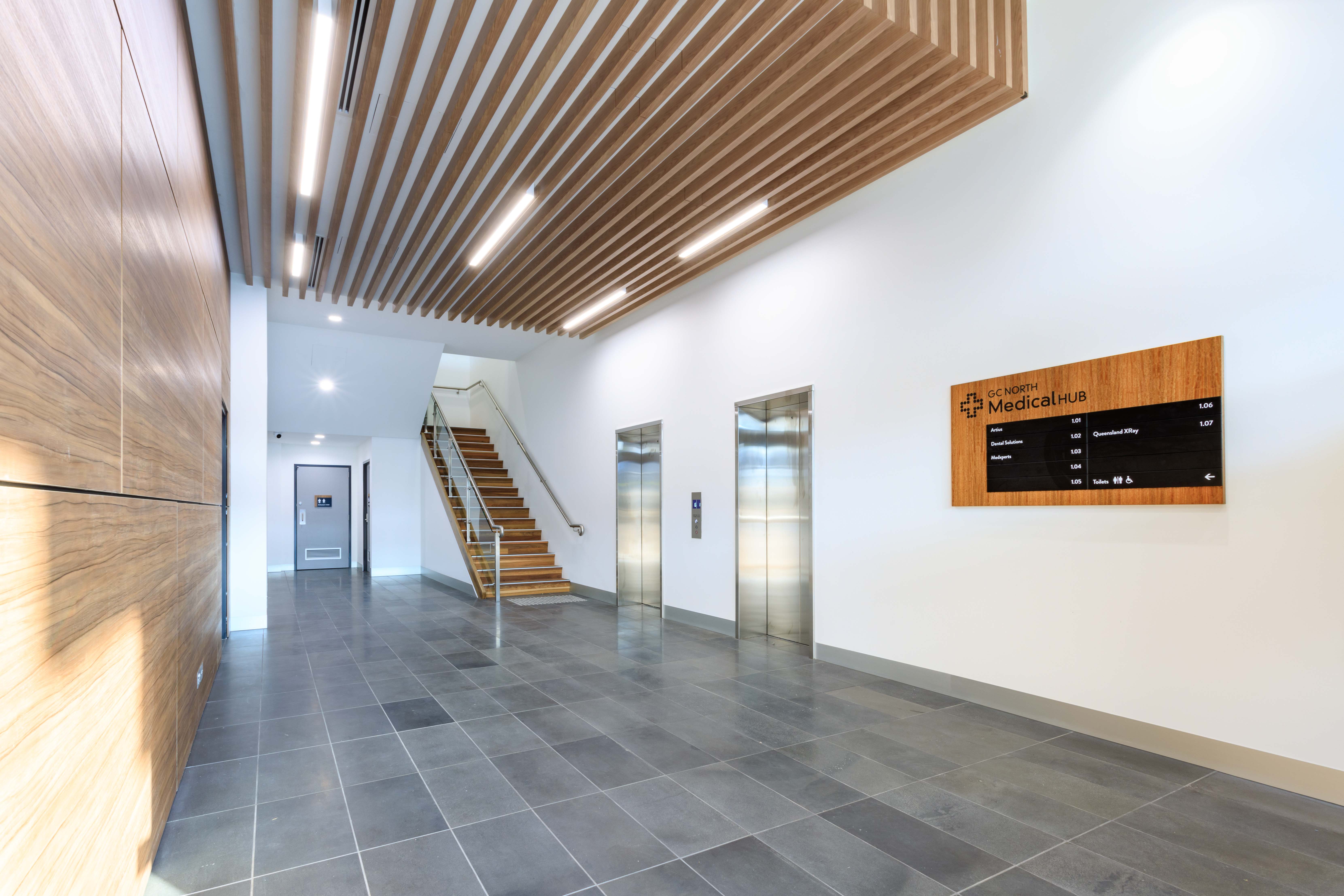 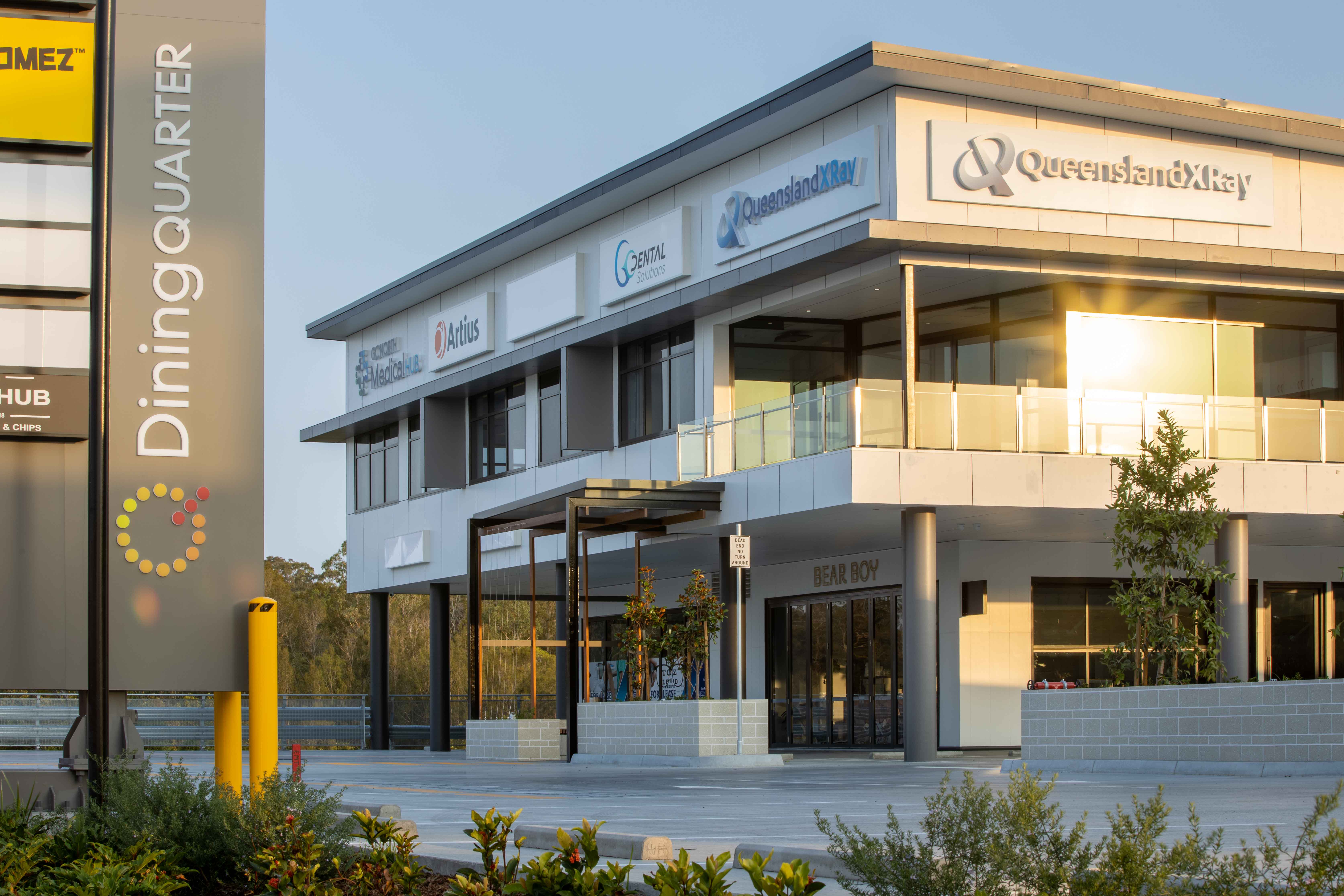 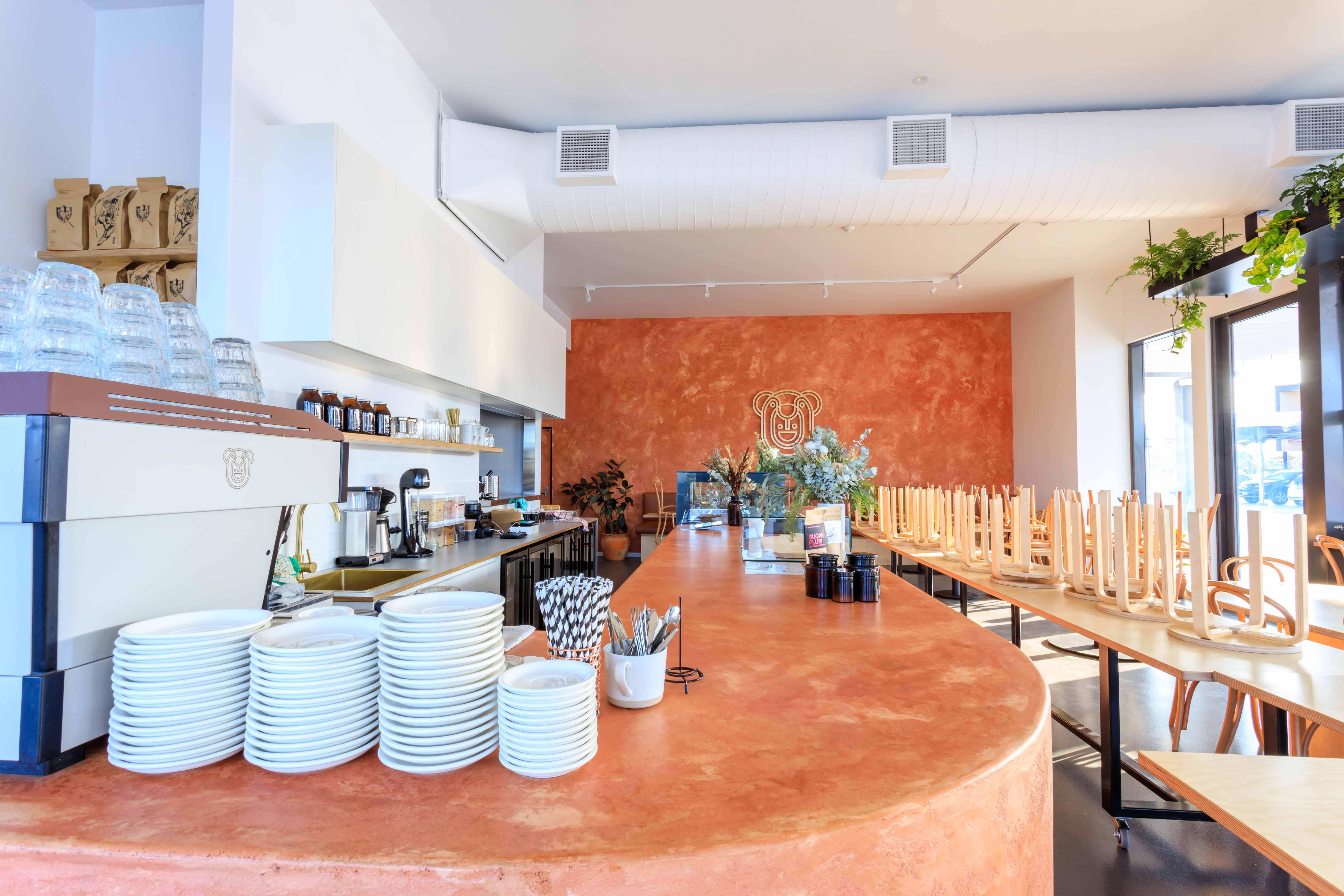 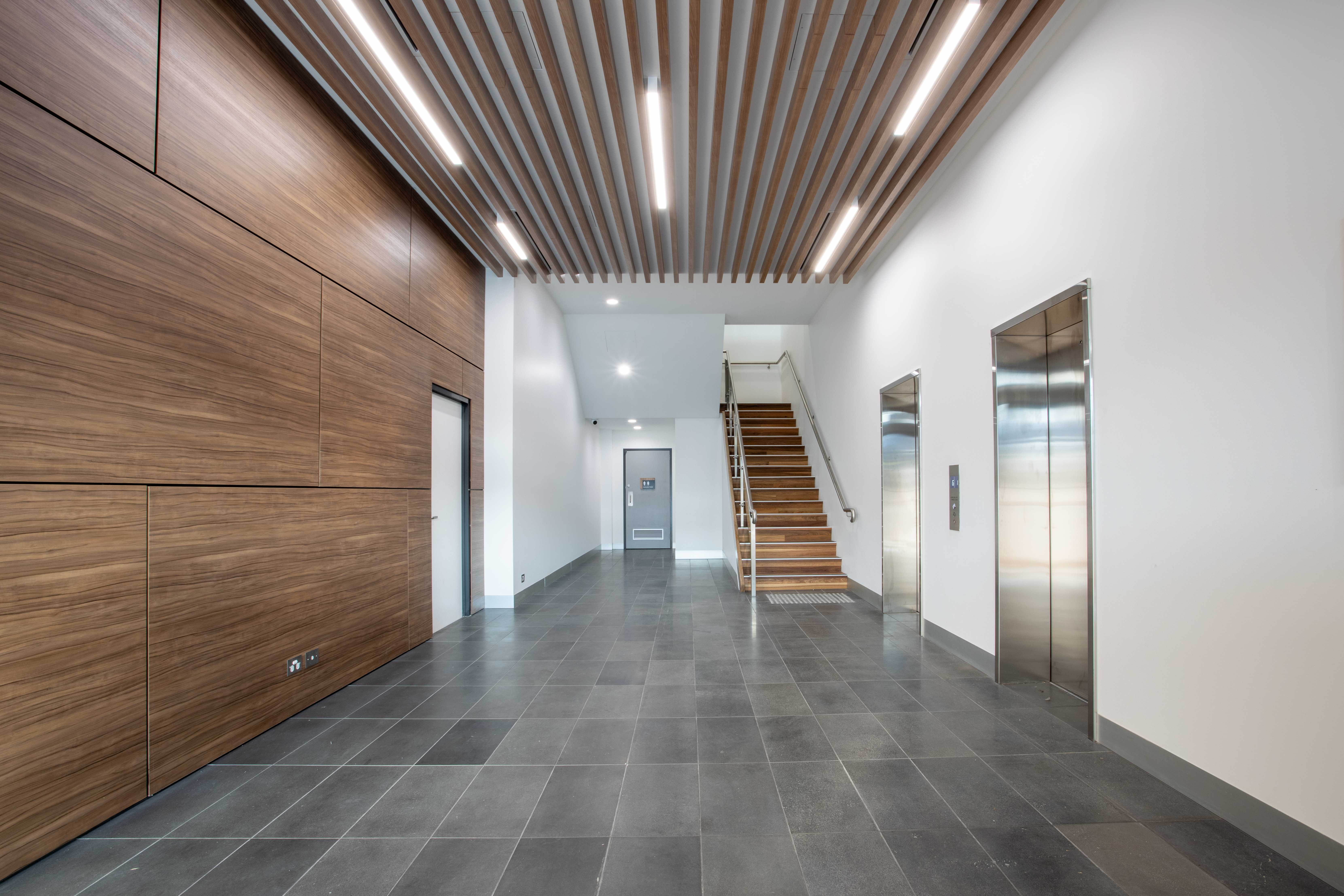 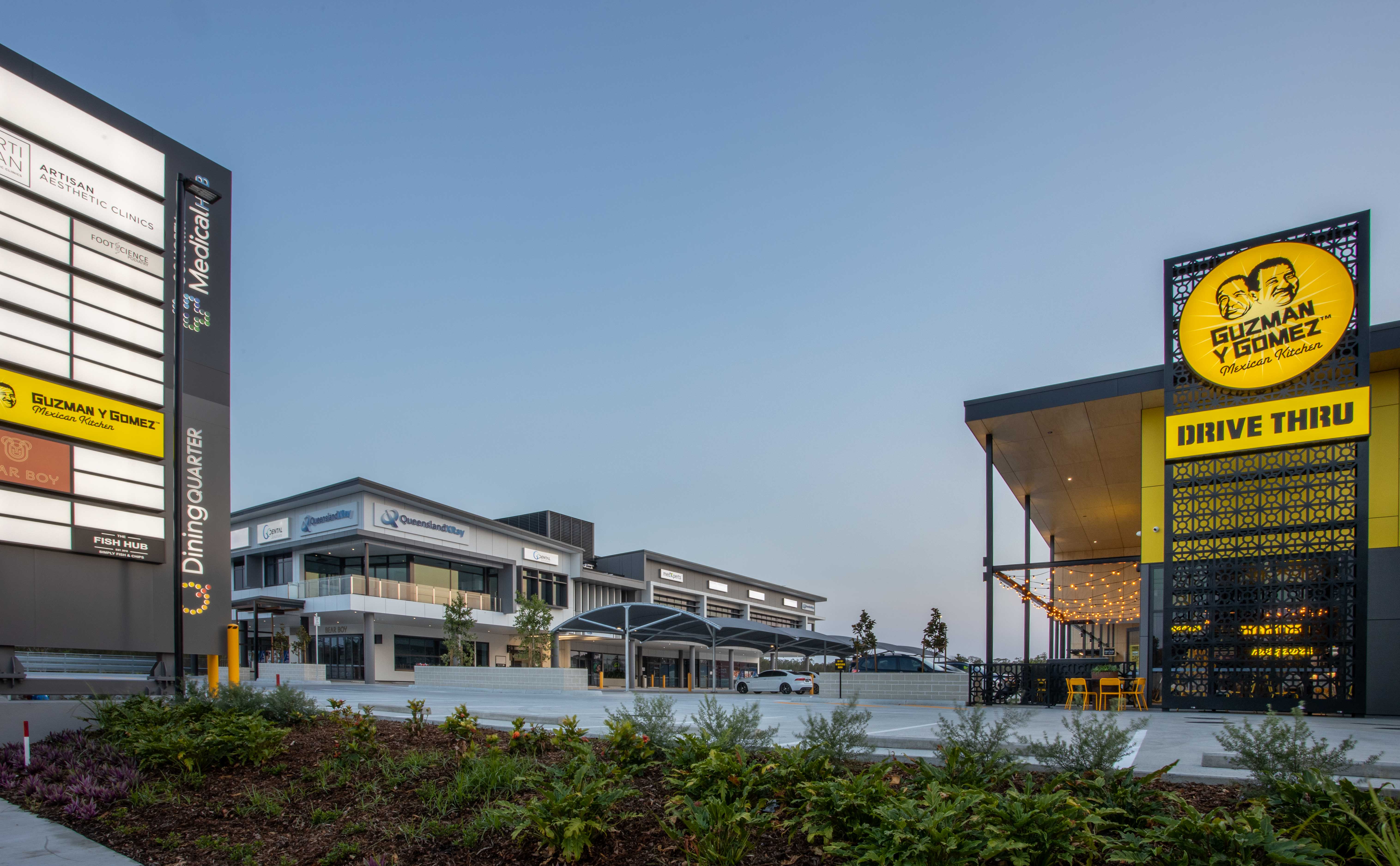 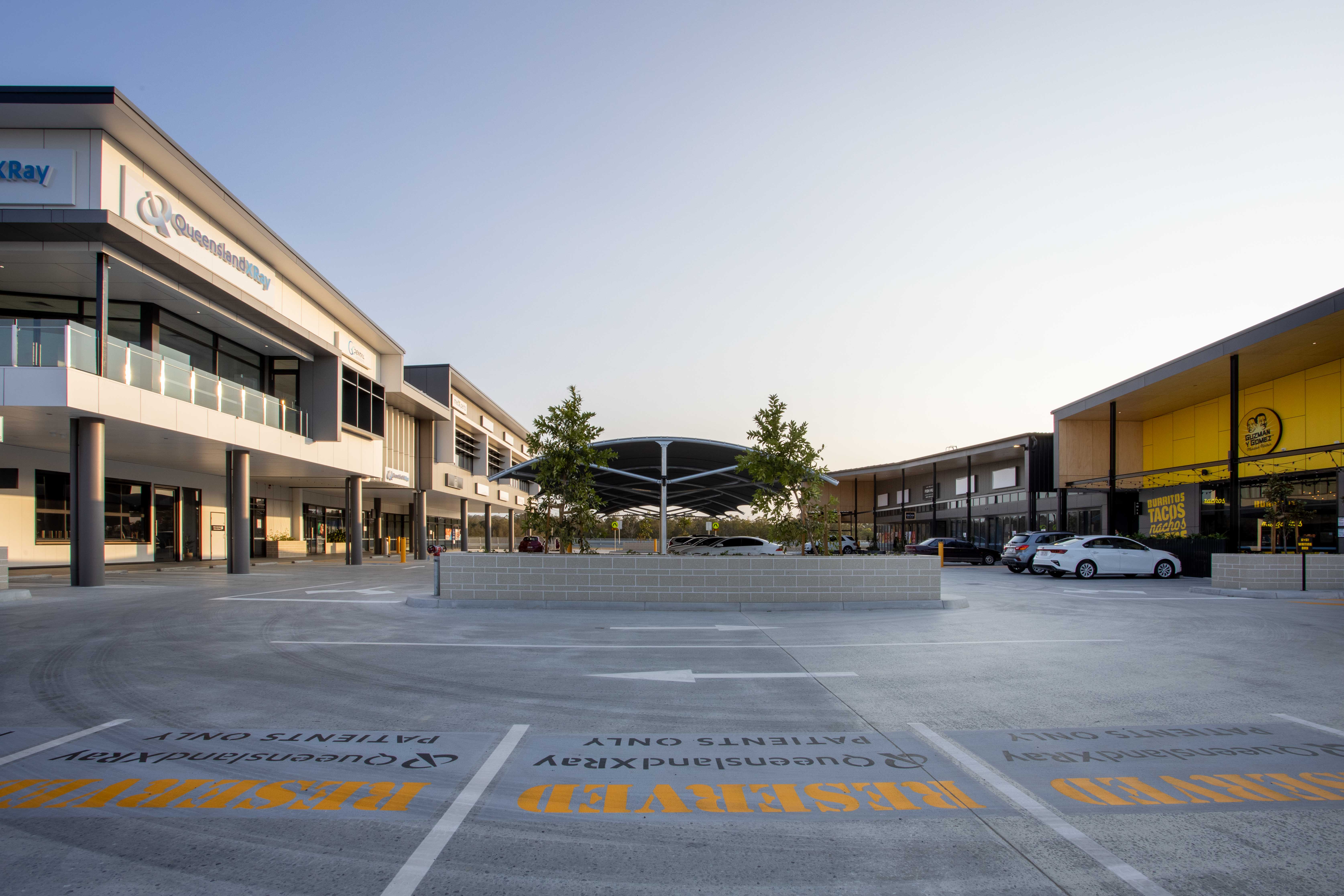 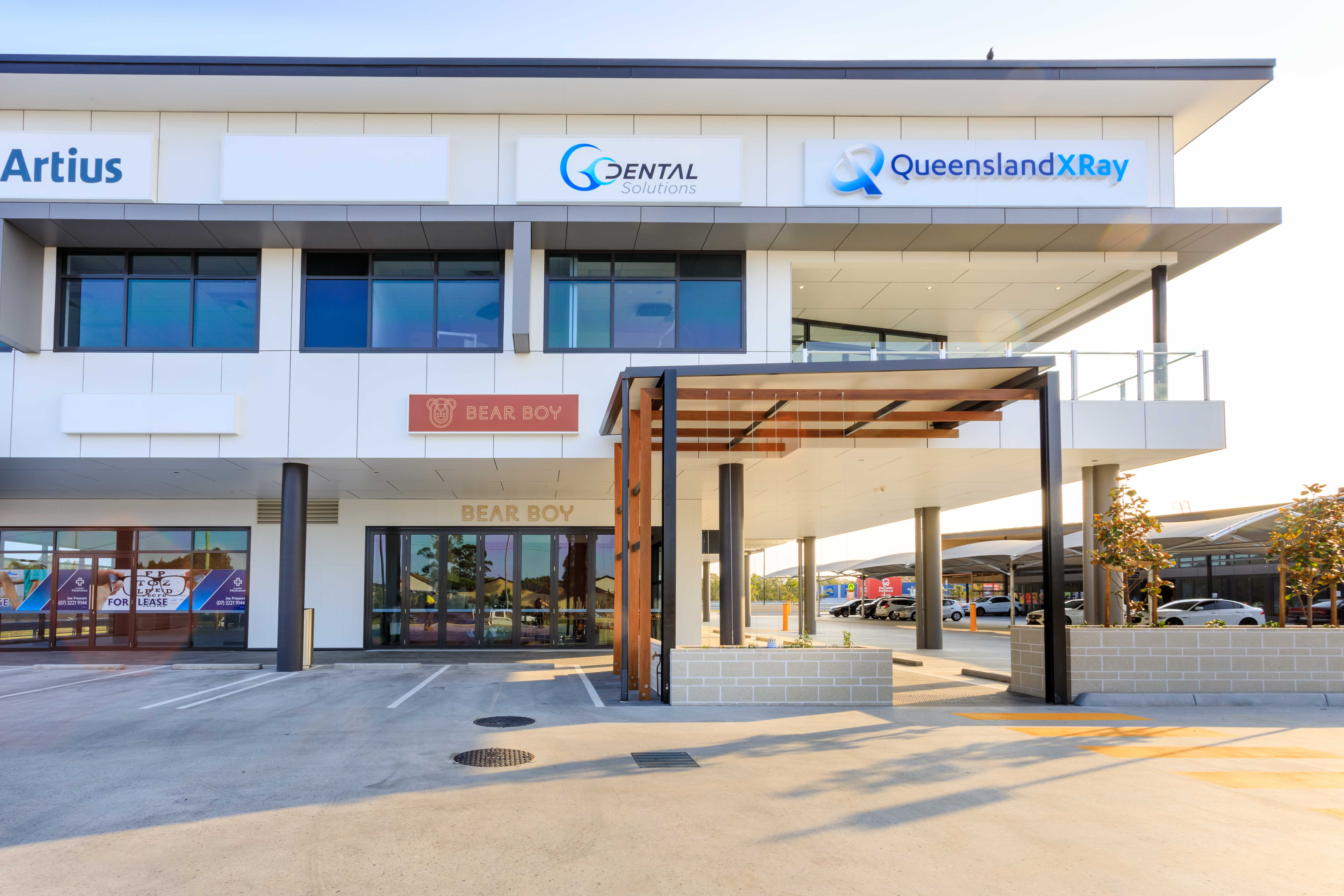 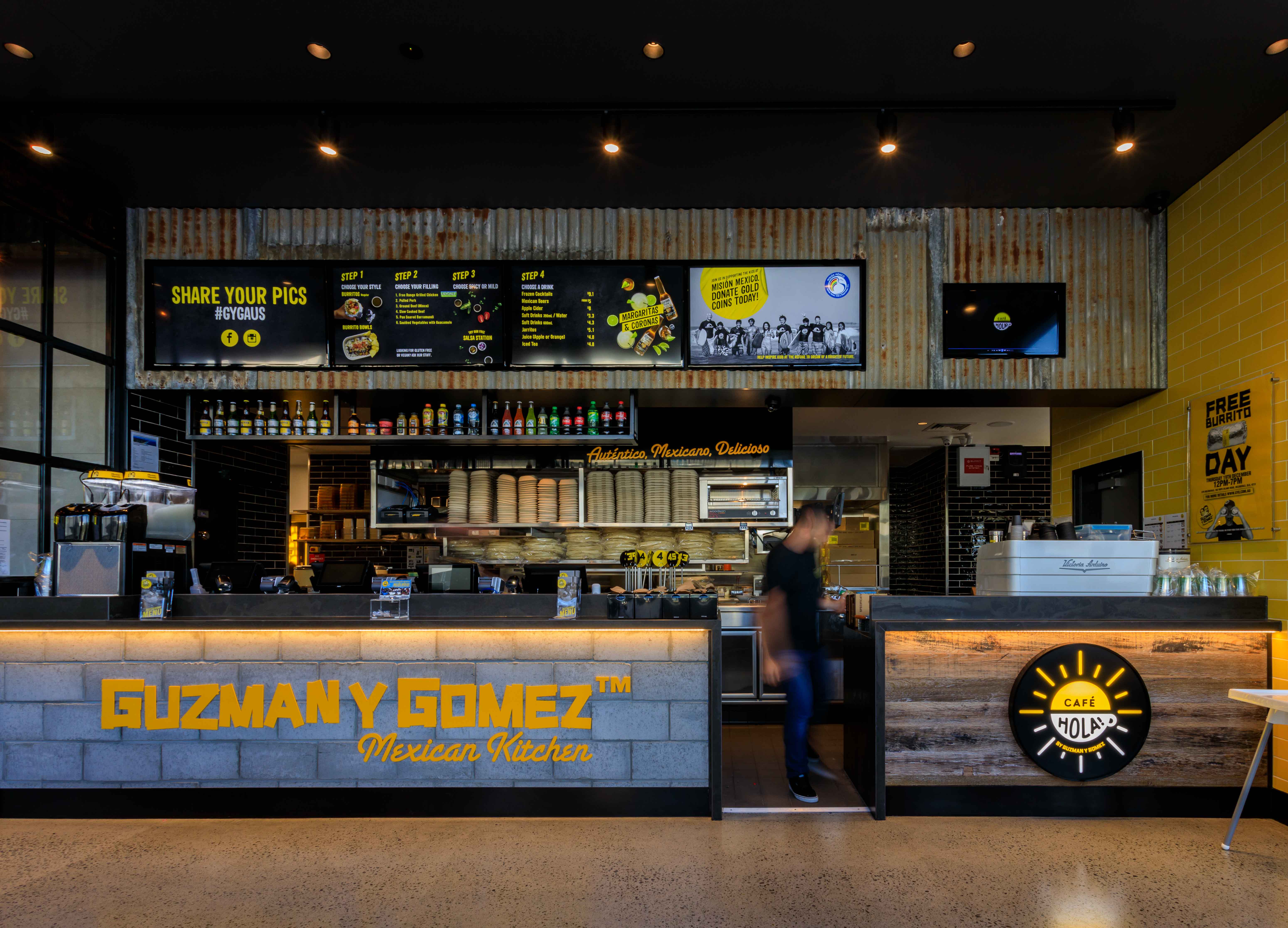 Helensvale Homeworld is a welcomed extension to the existing Homeworld centre. Offering food, health, and retail, the project is a one-stop-shop allowing visitors to avoid travelling to multiple locations for various needs. Ideally situated off the busy Hope Island Road, the centre is located on a route that many visitors would take to and from work.

The project incorporates two buildings situated on an approximate 6,000sqm suspended ground floor deck and 1,700sqm suspended level one slab. Built on a flood plain, the slab is raised by approximately three metres to prevent major damage during a 100-year flood event. Entrance to the complex is via a crossover to the rear of the Caltex that adjoins the existing road infrastructure.

118 carparks are situated on the deck, to accommodate for the various tenancies including Guzman Y Gomez, Queensland X-ray and Artius. Also available are amenities such as two passenger lifts and a foyer.

Building on a Q100 flood plain

Due to the site’s location on a Q100 flood plain part of the Coomera River catchment area, the project was required to be built on a 6,000sqm suspended slab. The Q100 flood level was unable to be altered via the design of the project, and as a result detailed volumetric studies and surveys were completed to ensure that any structural elements from the building did not increase the Q100 flood level.

As the ground at the construction site was very soft, timber piles had to be used. Each pile was driven approximately eight metres into the ground, with a total of 364 piles installed. Drilling the timber piles created a large quantity of fill (approximately 1,000 tonnes) that was stored on-site. Tests were conducted and it was found that the soil contained acid sulphates, and therefore could not be dumped untreated. Exploring various options, Tomkins found the best solution was to engage Lantrak, a specialist company, to remove, treat and dump the soil at an approved site.

Tomkins worked to ensure that the facility met design requirements stipulated by the Queensland X-ray facility at the second level of Homeworld’s medical building. The structural design had to withstand the required set-downs and loads associated with the X-ray machinery, while maintaining slab thickness as specified by the developer. The structural design also needed to eliminate vibration from adjoining tenancies to ensure that the X-ray machinery was not hindered while in operation.

A quality issue that was overcome by the project team, and ultimately ended in a successful outcome, was the sunhoods design change. The original tender documents called for Colorbond cladding with plywood backing, which Tomkins identified as having quality issues such as oil canning. This led Tomkins to put forward an alternative solution to substitute the colorbond for prefinished Cemintel board — eliminating the problem altogether.

In order to achieve the developer’s high standard of finishing, the carparking area was honed to expose the concrete aggregate and then sealed. This resulted in a polished concrete look which added greatly to the facility’s overall finish. 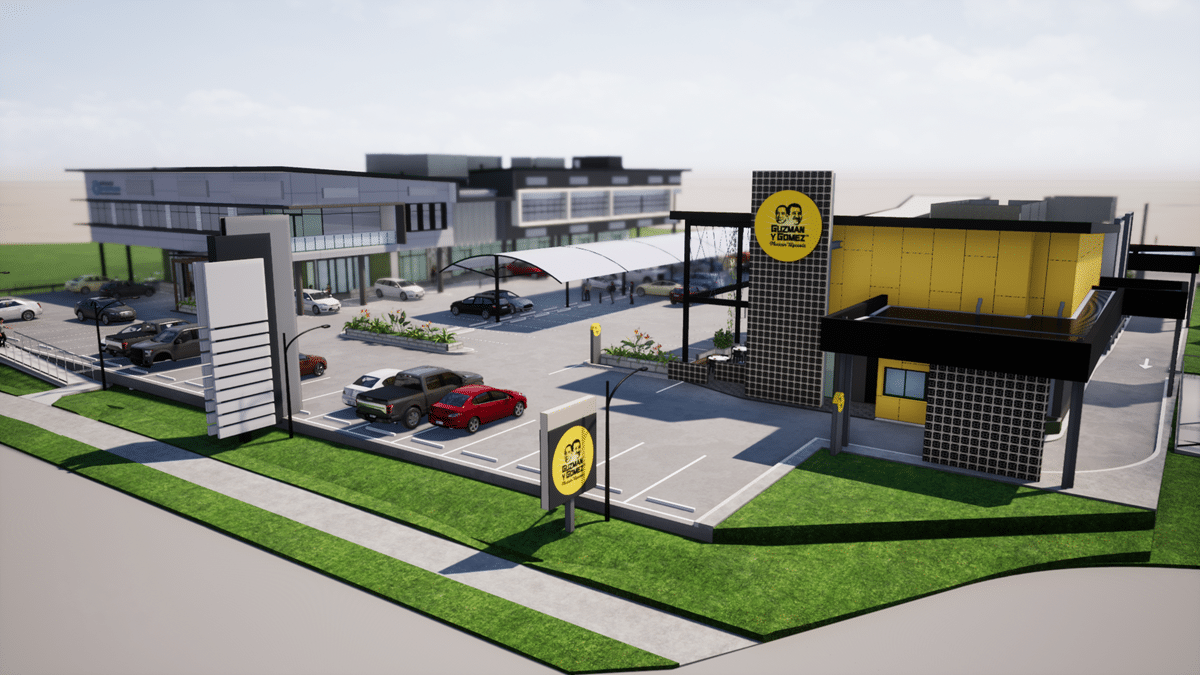 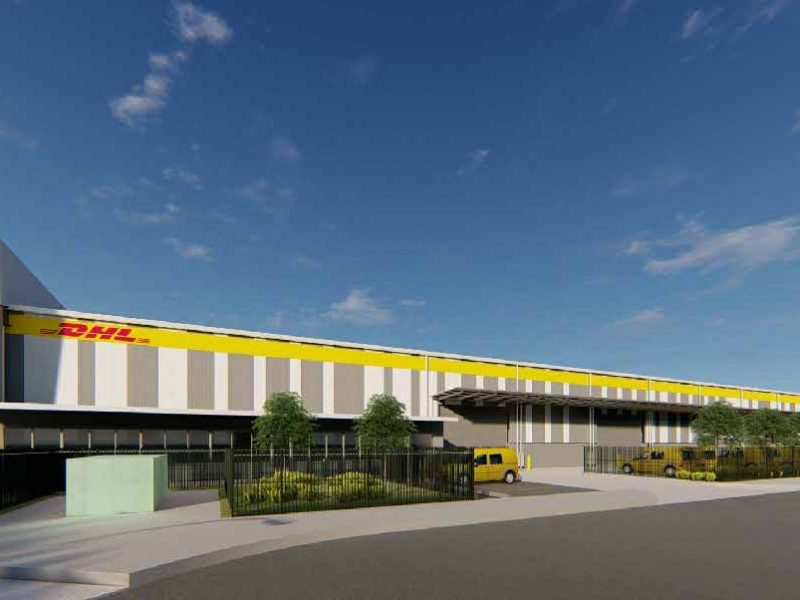 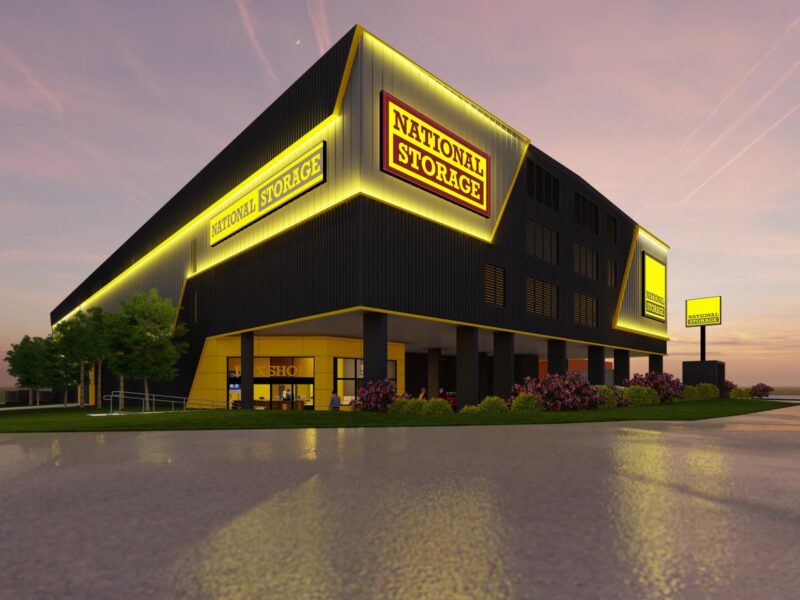 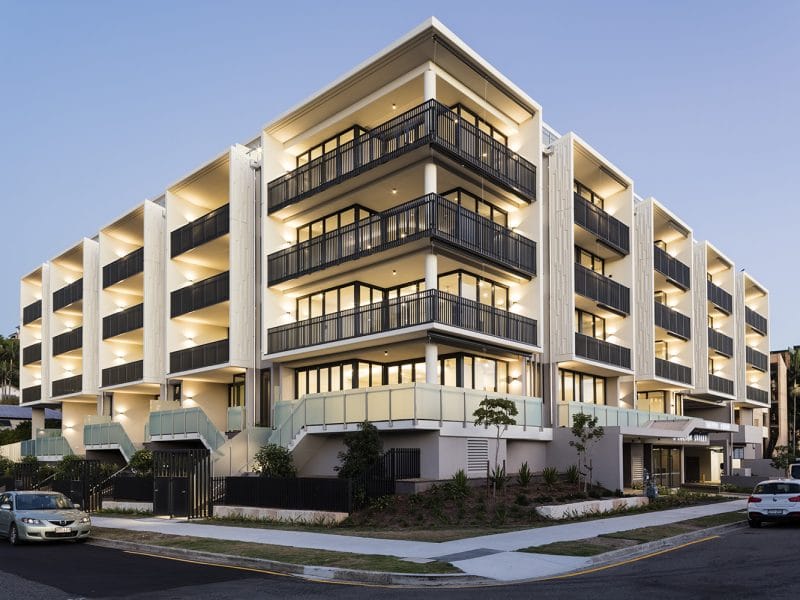